Closet Clothing is committed to working closely with its partners to ensure all suppliers of products supplied to the company act with utmost fairness, honesty and responsibility in all aspects of their business.

Anyone supplying Closet needs to ensure they fully comply with all legal requirements relevant to the conduct of their business.

In particular, but not exclusively; business partners must:

Closet Clothing is committed to making sure our products are sourced in line with our policies.

As a supplier to Closet Clothing, we ask for you to commit to these standards to ensure animals are treated in a humane and ethical way; and you keep to any relevant laws, such as those on hygiene and waste disposal.

For this reason, we ask all our suppliers to sign a declaration that means:

Restricted Substance List
Closet Clothing and brands recognises its responsibilities to protect the environment and is committed to minimising the environmental impact of its activities. Suppliers of garments, fabrics, trims or services to Closet Clothing should ensure that they are aware of prevailing environmental legislation and that they comply with all the relevant requirements concerning emissions and use of prohibited or restricted substances.
REACH

REACH is the European Union Legislation for the Registration, Evaluation, Authorisation and restriction of CHemicals. Its aim is to protect the environment and human health against the increased use of chemicals.

Any products supplied to Closet Clothing must be REACH compliant.

Please make sure you check your products do not contain any substances of very high concern (SVHC’s) as listed on the European Chemicals Agency website (ECHA).

Closet Clothing does trade within the USA under its own brand and through wholesale and departments outlets. California Proposition 65 is a constantly evolving piece of legislation designed to stop drinking water from being contaminated. It currently lists substances of concern and high concern and their permitted limits.

Products that do not meet these requirements may not be able to be sold in the USA or may have to carry a warning.

Formaldehyde is used as a cross-linking agent for easy care finishes, in print pastes and tanned leather. It may also be found in interlinings and bonded fabrics.

Nickel is a metal used to improve the hardness of alloys, particularly associated with a bright metal finish. These are often present in accessories for garments, such as zips, buttons and rivets.

Azo Dyes are a group of synthetic dyestuffs based on nitrogen. Azo Dyes are used in textile and leather products including clothing, bedding, towels, leather gloves, toys, yarns and fabrics intended for final use by the consumer.

Some dyes can create an allergic reaction if not adequately fixed during dyeing. Under an EU Commission Directive (1999/178/EC) for a Community eco-label, certain dyes can only be used if the Colour Fastness to Perspiration (acid & alkali) is a minimum Grade 4.

We will only allow a limit of 30ppm on finished product.

The 8 heavy metal groups listed below (EN 71-3, Migration of certain elements) are not to be used in any part of any product, which can be worn by a minor under the age of 14. The following metals are toxic when ingested and must not be used in any textile products.

Following is a summary of other hazardous chemicals that should be noted because of Directives restricting their use and/or for their effect on the environment.

These are chemicals used as a preservative on leather to combat mould growth. Also known as ingredients in print pastes as thickeners and preservatives in sizing mixes. They are carcinogenic and can be absorbed through skin contact.

Combustion of PCP/TCP releases dioxins, which can be extremely dangerous. Any item treated with them should be disposed of but should not be burned. Expert advice should be sought.

Chrome VI (hexavalent chromium) is a by- product generated during the leather tanning process and should not be detectable in finished leather.

This is a heavy metal that is non-biodegradable and is carcinogenic. Commonly found in dyes and pigments, dye additives and pre/after treatments in dyeing processes, particularly associated with the leather industry. Testing: Refer to CEN TS 14495.
Limits < 3ppm

Any product containing organo tins should not be used

Used in antibacterial finishes (mainly for natural fibres) and in some print inks.
Namely TBT, DBT, TPhT, TPT, TOT, TcyHT.
Testing for the presence of these substances would be by ISP WD 17353
= or < 0.5 ppm

The 8 heavy metal groups listed below (EN 71-3, Migration of certain elements) are not to be used in any part of any product, which can be worn by a minor under the age of 14. The following metals are toxic when ingested.

Must not be used in any textile products.

Closet Clothing trade in the USA and lead is not to be used in any products above the following limits as listed in California Proposition 65.

Can be found in textile and hard goods, and although it is listed as a toxic heavy metal when ingested, it is potentially dangerous when disposed of in effluent.

Products with pH values outside these limits can cause skin irritation and even burns. Unacceptable pH levels can arise from inadequate finishing/washing off processes at the dye house and it is the Supplier’s responsibility to ensure this does not happen.

Used widely as detergents and emulsifying agents in the textile manufacture. APEO / NPEO’s are know to contain endocrine disruptors, that have been responsible for sex changes in aquatic species.

All chemicals used in good supplied to this group must be below 1000ppm when tested in accordance with EU Directive 2003/53/EC.

Found in PVC as a plasticiser and in some prints as a softener.

The European Commission has issued directive 2005/84/EC, restricting the certain use of phthalates in toys and childcare articles.

Phthalates in any products must not exceed 0.1% by weight or >600ppm
There are six named phthalate plasticisers that are banned:

Found as solvents in dyeing and printing. Also finishing agents, flame-retardants and plasticisers. Solvents for fats and oils used as stain removers and scouring assistants.

These substances exist as liquid or gas and can affect the nervous system, with irritating effects on skin and mucous membranes.

Inhalation can affect the nervous system and cause headaches, fatigue and nausea. Also cause irritating effects on skin, eyes and mucous membranes.

There are legal hygienic limits for workers in many countries, which must be adhered to.

Certain chemicals that cause allergic reactions and are carcinogenic (e.g. ‘Tris’), are banned under the Dangerous Substances and Preparations (Safety) Regulations 1980.

The use of brominated flame-retardants and chloro-paraffins is also restricted.as listed below:

PFOS / PFOA water repellent finishes are classed as very environmentally persistent, highly bio-accumulative and toxic. Their major use is in grease, oil and water resistance for textiles

The proposal has recently been accepted by the European Parliament (2006/122/EC) and restricts the presence of PFOS / PFOA textiles or other coated materials to a maximum concentration of < 1µg/m².

It is imperative that suppliers to Closet Clothing keep up to date with changes in Legislation and Legal/ technical advice should be sought as appropriate.

The following contacts will be able to provide you with the latest information referred to in this document. Browsing the Web by using the www.google.co.uk search engine will also provide some useful information.

The Independent UKAS Accredited Laboratory websites are also a good source of information for topical issues. 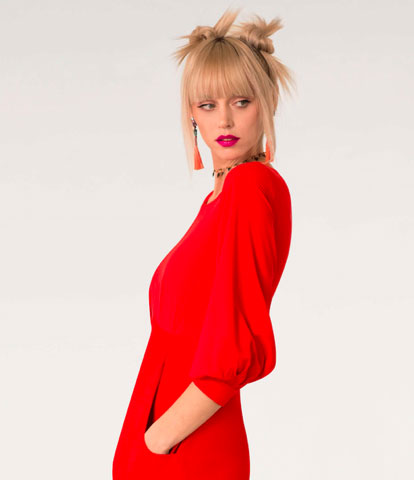